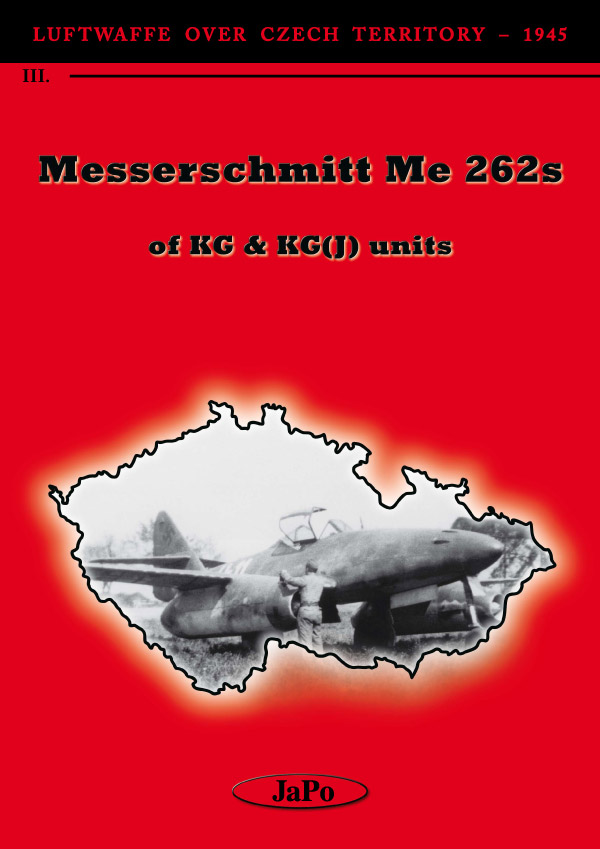 The third title of our “Luftwaffe over Czech territory 1945” is dealing with an attempt of Luftwaffe to significantly increase number of jet fighters by retraining bomber pilots for fighter tasks. The IX.Fliegerkorps(J) was based under Dietrich Peltz command and several KG units were transformed into KG(J), but only KG(J) 54 reached regular operational status and was sent into action. It was transferred to Prague in April 1945 and together with JG 7 and fragments of KG(J) 6 saw final battles over Bohemia, Germany and at Prague.
Despite of KG(J) 54 and KG(J) 6 the KG 51 was regular bomber unit which flew operationally from the late of 1944. At the end of April 1945 several aircraft moved to Prague, joined other Me 262 units there and took part in final actions.
Special chapter is dedicated to production of Me 262Bs.
The title includes camouflage studies of 11 Me 262s of KG(J) 6, KG(J) 54 and KG 51 which saw action over Czech area in 1945 including two Me 262Bs. The text is accompanied by nearly 300 b/w and color photos, tens of original documents and tables.